A spectacle of Souls by Jessica Julien Excerpt and Giveaway

Today I have a stop for the blitz for A spectacle of Souls, by Jessica Julien. You can read an excerpt of the book and enter a $10 gift-card giveaway courtesy of Rockstar Book Tours. So if you’d like a chance to win, check out the giveaway info below.
About The Book: 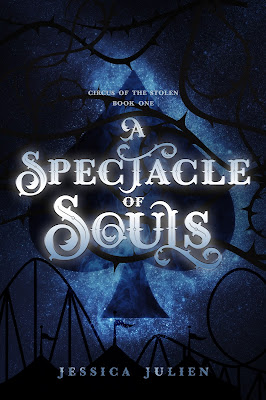 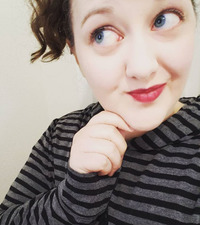 Born in the picturesque state of Washington, Jessica Julien is the marketing director of a
boutique publishing company, a stay at home mom, wife, and wanderluster. When
not drafting marketing plans or doing laundry, she spends her time writing
young adult and new adult novels focused on the paranormal and supernatural
inspired by her love of all things dark and twisty. With her vivacious
imagination, witty personality, and ability to bring sarcasm to a new level
Jessica creates unique worlds and characters that readers can’t help but hate
to love and love to hate.
In her free time, Jessica can be found enjoying a cup of dark roasted coffee while
snuggling under a blanket with a good book. When the weather is right she hops
in the car with her husband, son, and dogs to road trip across the country
where she delights in eating red vines, drinking iced lattes, and singing
loudly in the passenger seat.
P.S She loves pumpkins, her dogs, the rain, eating food, being snarky, and staying away
from all people if possible…but she won’t tell you that because her bio is
already TOO LONG so find her on social media to learn more…
P.S.S Jessica Julien loves coffee so much she mentioned it twice, it does not mean
she has a problem. She can stop anytime she wants (*whispers) she doesn’t want
to!