Today I have an amazing interview with author Christina Bauer about her writing process, some great tips for plotting, some tidbits about the writing of the novel Calla, and more! Calla is book 2 in the series the YA fantasy Pixieland Diaries. The author describes the protagonist as a pixie version of Ferris Bueller. Check out this awesome, lighter take on faeries and don’t forget to enter to win some awesome faerie-inspired swag. 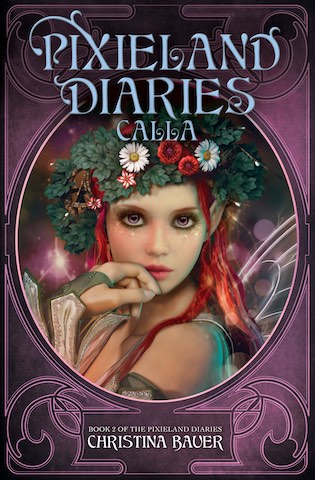 Book 2 of the Pixieland Diaries

Big news in Pixieland! The Blue Fairy is sending our fave pixie, Calla, and her crush, Dare, on a mini-quest. Unfortunately it’s an adventure that requires a lot of togetherness. We’re talking tons of touching, people.

Blue believes that since Calla and Dare are just friends, this situation shouldn’t be awkward.

I’m a little of both. Before I start writing, I know the key plot points I want to hit. How I reach each different point is more of a ‘seat of your pants’ type thing. My tip for other writers is to use the Save the Cat book and system by Blake Snyder. It’s pretty flexible in that you can use it to outline each sentence… or just stay on a high level.

I love worldbuilding! I’ve published more than twenty-five books. In each one, I build a new world or explore fresh parts of an older universe that I already created. For me, the process always starts with a question. In the case of my Angelbound series, I wondered what would happen if folks in the afterlife were just as confused about eternity as we are? After that, I’ll do lots of playing with characters and settings on Pinterest. I’ve got hundreds of boards and pins.

She’s like a pixie version of Ferris Bueller. If you know that character, then you know that he gets in lots of trouble, but things always work out for him in the end. Calla’s like that. She just knows she’s got everything under control, even when she doesn’t.

I have a soft spot in my heart for the hobgoblin, Bilge. In this book, he decides to find a girlfriend. His character keeps going in fun and new directions!

The character of Sammy the Scepter developed a lot as I wrote the book. I knew the scepter was going to be malfunctioning, but he really developed into a full personality all his own.

For CALLA, there’s no question that the book that most inspired me was the book Faeries which was illustrated by the brilliant Alan Lee.

I like the mixture of dark and light in the fairy personalities. Plus, there have been a lot of books out lately where the dark fae are more emphasized, so it lit a fire under my butt to show the brighter side of Faerie.

Keep writing! Only you can bring the stories in your heart to life!

Many of my readers are adults, men and women, who love young adult literature with lots of sass and light.

Thanks for having me by for this interview! I hope to see you again on a future tour! 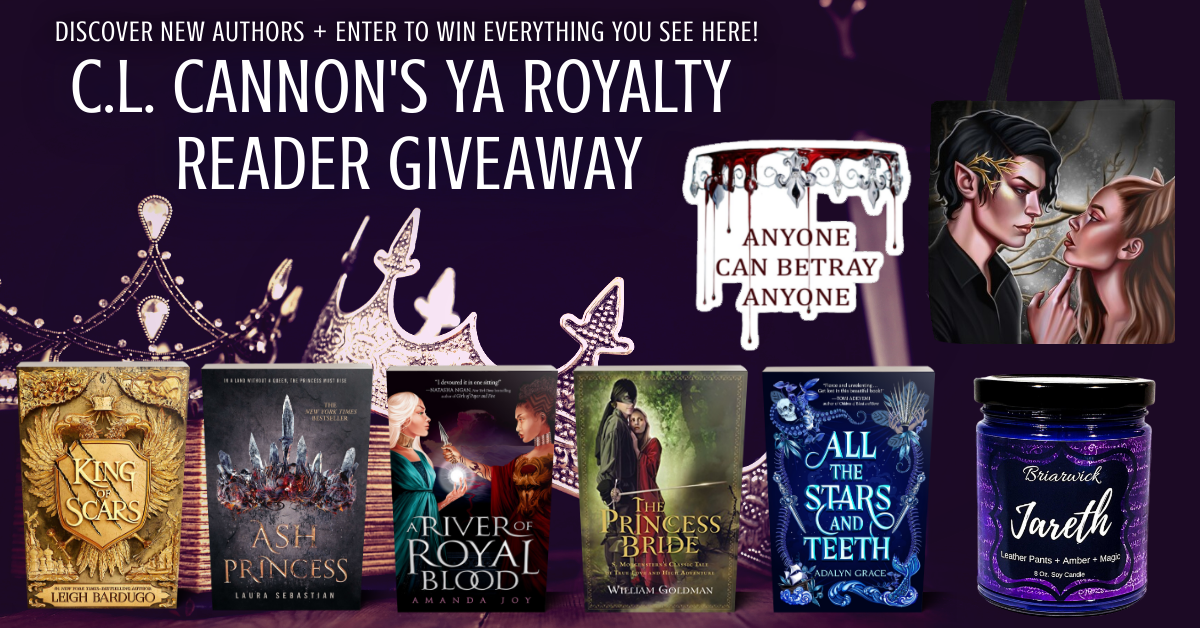 Click on the image to discover new authors and enter to win all these amazing prizes!

Of Fury and Fangs Tour and Giveaway