Hey, everyone! I'm super happy to host a stop for the YA fantasy Empire of Blood, hosted by Favourite Pages. The author, Olivia Cornwell, sent a super fun, enlightening and informative post about her writing process and how she plots her books. She's got some great tips! I was excited about this book because I went to Chicago last year, and I love the idea that an important scene happens there, right under the Bean (And I haven't been to many cities in the US).

Lilly Faine is tired of classmates dissing her family, and doesn’t care when she receives suspension for nearly punching the lights out of a classmate. Her father isn’t crazy, even if he does spout stories about a world full of magic, a cruel king who hunted him, and has a shattered amulet that tingles when Lilly touches it.

When an old enemy appears under Chicago’s beloved Bean, Lilly and her brother Gabriel are shoved into the impossible world their father believed in. Alone on opposite ends of a war, they race to rescue each other. Lilly finds aid and friendship in a band of rebels, but she is also hunted by the emperor’s personal assassin. Gabriel gains the help of the emperor, but Gabriel’s choices to do good may lead him into dark shadows he can’t find his way out of.

Magic thrums within their reach, promising aid, and Lilly and Gabriel both must decide if the magic they seek – and the causes for which they now fight – is worth the risk of their souls.

Olivia Cornwall on Her Plotting Process

I’m mostly a plotter, but I don’t mind (usually) when things deviate. My characters have minds of their own and sometimes they’re not afraid to let me know. I had a scene in an early Empire of Blood draft where Lilly straight up confronts a man and intimidates him into letting them dock their ship. I didn’t expect it (none of Lilly’s companions expected it), but I let her do her thing and it ended up working at that time.

So I plot, and I figure out what happens next, and leave room for changes (or room for character to improvise).

I start out by basically rambling and ranting onto a blank word document. I spew words and puzzle out any problems or character arcs. I let myself fade off, interrupt myself, yell at myself (in all caps). And then I’ll put in bold anything I like and think will work. Makes it easier to find it later!

Also, anything that doesn’t work, I’ll cross out. I won’t delete it, just in case, but crossing it out helps me know to skip over that and not waste time reading it.

Once I feel I have enough brainstormed, I’ll outline. I love using K.M. Weiland’s outline structure. It’s been super useful, and it helps keep arcs and such organized. Then I’m able to refer back to it as I write, and make changes as needed if a certain element ends up not working.

Then, I’ll write. I always have music playing, either whatever I’m in the mood for, or something that fits the atmosphere of the scene. Drafting is just putting the words on the page. I don’t worry too much about editing unless there’s a big change needed, or if something doesn’t work and I need to backtrack. But I’ll get words down, and that’s the vital part.

Then the editing is a seemingly endless read through of the WIP until I can’t discern one word from another. At that point, it’s off to an editor or alpha readers!

I’d like to start keeping a physical notebook for plot notes/outlines. Quick character bios, chapter summaries, and outlines. Someplace not digital, so I don’t have to have several files open at once.

Tips… whether you’re a plotter or a pantser, it’s helpful to have at least some notes on the general direction you want your story to go. Open up that blank word doc (or a notebook) and ramble in it. It makes drafting a lot less stressful when you have most of the bigger plot holes smoothed over.

But also, just have fun with for WIP. Let your characters deviate from the track if that’s what pulls your soul. Let them shout at the poor unsuspecting dock master so they and the gang can pass unchallenged. Or let them take an action none of the characters see coming. See if it ends well or poorly. If the latter, poke it with the stick and see if it leads anywhere shiny. If not, hey, that’s what the backspace is for. 😉 Use another word doc to store the scraps that don’t work.

And don’t give up. Step back if you need to. I had to a few times. Go for a walk, or grab a snack, or even just be lazy and scroll Twitter (that’s okay too!). Let your brain chill from the rising stress, and then go back to it. Maybe swap out the plotter or pantser soul in you for the other side. Who knows what could happen?

Bonus tip: Showers. Showers are like the gold mine of inspiration and WIP fixes. And they make you feel better. It’s a double win. 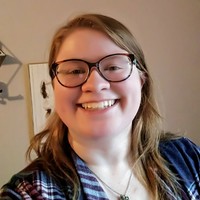 Olivia Cornwell is a storyteller with a love of dragons and magical worlds. She writes stories of hope and redemption and familial relationships, and far too many sarcastic characters. She writes to entertain her readers (and may or may not collect their tears along the way) and share the truth of her Creator. At least when she isn’t struggling to control her characters, drinking a lot of coffee, or hoarding chocolate.

She hides out in Ohio, and in her spare time Olivia cuddles her niece and nephews, and yowls back at her cat (who is most likely her familiar). She also enjoys adopting the characters from her friends’ novels and keeping them safe from their own dangers. 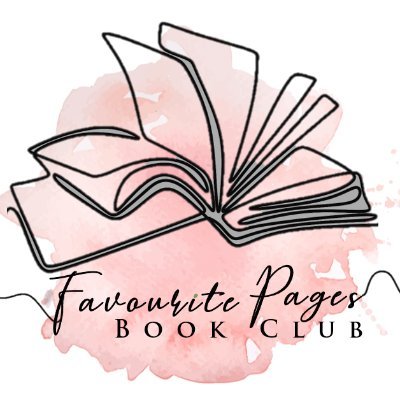