C. M. McGuire on LGBTQ+ representation in YA, writing advice, the writing of Ironspark + giveaway

Today author C.M McGuire stopped by to talk about a spooky writing night, her writing process, LGBTQ+ representation in Young Adult lit,  why Fae are popular, and some awesome advice for aspiring writers. This is part of the Ironspark blog tour, a YA fantasy with Fae and a lesbian love triangle. 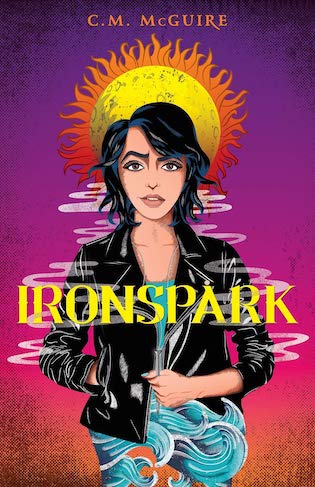 A teen outcast must work together with new friends to keep her family and town safe from murderous Fae while also dealing with panic attacks, family issues, and a lesbian love triangle in C.M. McGuires’s kick-butt paranormal YA debut, Ironspark.

For the past nine years, ever since a bunch of those evil Tinkerbells abducted her mother, cursed her father, and forced her family into hiding, Bryn has devoted herself to learning everything she can about killing the Fae. Now it’s time to put those lessons to use.

Then the Court Fae finally show up, and Bryn realizes she can’t handle this on her own. Thankfully, three friends offer to help: Gwen, a kindhearted water witch; Dom, a new foster kid pulled into her world; and Jasika, a schoolmate with her own grudge against the Fae.

But trust is hard-won, and what little Bryn has gained is put to the test when she uncovers a book of Fae magic that belonged to her mother. With the Fae threat mounting every day, Bryn must choose between faith in her friends and power from a magic that could threaten her very humanity.

I loved and hated the whole process, but I think my favorite was the night the A/C went out. I was working on an intense scene so I always removed myself to a semi-isolated area where my roomies could access me. At the time, my ritual involved lighting a candle. But no A/C in August in Texas meant it was hot as hell, so I turned off the overhead light to keep it cooler in there.

There I am, headphones on, listening to scary Halloween music while I work on an especially intense scene. In the dark. Lit by only a candle and my laptop screen. And suddenly a hand grabs me.

I screamed and nearly knocked the candle over (and you KNOW there’d be no getting your security deposit back in that case.) Turns out it was one of my roommates letting me know she was heading to bed.

I wish I could say this only happened one time this week. I cannot.

What kind of reader do you think will enjoy Ironspark?

I should hope just about any reader would like it, but I know better than that. I suppose I could say, if you like action, a few scares, and representation, I hope the book I’ve written will be what you’re looking for.

What is it about Fae that it’s so popular, in your opinion?

I think it’s the nearness of it. There are places in the world where you don’t cut down a certain tree or step into a fairy ring. Nobody’ll ever admit to believing in it, but it’s also a “just in case” sort of thing. For example, if you don’t want to jinx something, you knock on wood. Why? To discombobulate a mischievous fairy who might want to bring it about. Whether we know it or not, it’s part of our lives.

Are you a plotter or a pantser? Any tips on that area?

I am a hardcore plotter. At this point, if I can’t work out the five point structure of a scene first, I won’t write it. I think the important thing to remember is that, sometimes, you have to be willing to let go of the plan if the story goes in a different or more interesting place. Some of my favorite plot points were not planned.

How do you approach worldbuilding?

It varies. If I’m doing something where I’m creating the whole world, I focus on that first and spend a lot of time planning out the world the characters exist in to define the plot points. In a story like Ironspark, I researched a lot of myth and just let it show up in the real world as it suited the story.

Do you think LGBTQ+ characters have been well represented in YA lit?

I think we’re getting there. There’s always going to be a need to improve. There’s always progress to be made. What you can find today is miles more respectful, understanding, and accurate than what you saw at the turn of the century. In a few more decades, people will say the same about what we’re putting out now. I look forward to seeing the future of YA lit and hearing the perspectives most of us have yet to hear.

Did anything unforeseen or unusual happen when writing Ironspark?

Jasika Witters. This novel went through a lot of iterations before it got to the final version. Jasika was originally supposed to be a quiet side character named Ann with relatively little to do with the plot, but two versions later, I named her after an actress I love. Suddenly, she was this bright spot in the story who kept changing plot points. For example, she was not originally supposed to be a love interest. That was all Jasika’s idea. She kept me on my toes.

What advice would you give to someone who's just starting to write?

People are going to be horrible to you. When I was 19, a professional author skimmed a chapter of a story I was on. He missed a detail due to said skimming, and told me I was writing how hacks write.

A few years later, I was learning to write comics. A guy invited me to submit my script to his website for critique. He then publicly called aspects of my writing “disgusting” due to an instance of scientific inaccuracy.

Some people aren’t going to be helpful. These are not the people to listen to.

I’ve also been told in rejections to keep going. I’ve been told what works in my prose even when they said no. Sometimes a rejection is personal and ugly and it rips you to your core. Sometimes, it’s an opportunity for hope. Sometimes, they ARE going to be helpful. Those will hurt so much less, but even those can hurt.

So what do you do? Make a rejection routine. Me? I listen to “Loser” by Garfunkel and Oates, eat something unhealthy, have a cathartic little cry, and then get back to work the next day. Rejection is most of what it means to be any sort of artist. Accept it, learn from it, even celebrate it, but don’t let it stop you. 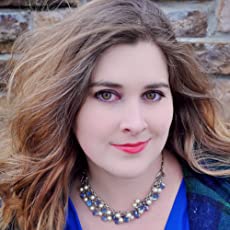 I am a storyteller at heart, and my poor mother was grateful when I started writing. It gave her ears a break. I write primarily science fiction and fantasy intended for the young adult and middle grade audience. Presently, I live in Texas with my two cats.