Today I'm one of the hosts for the blog tour and bring you an excerpt of   EDEN’S ECHO by Lynn Veevers. It's hosted by  Rockstar Book Tours. Scroll down to the bottom to enter the giveaway. Please note that I use affiliate links for Amazon. 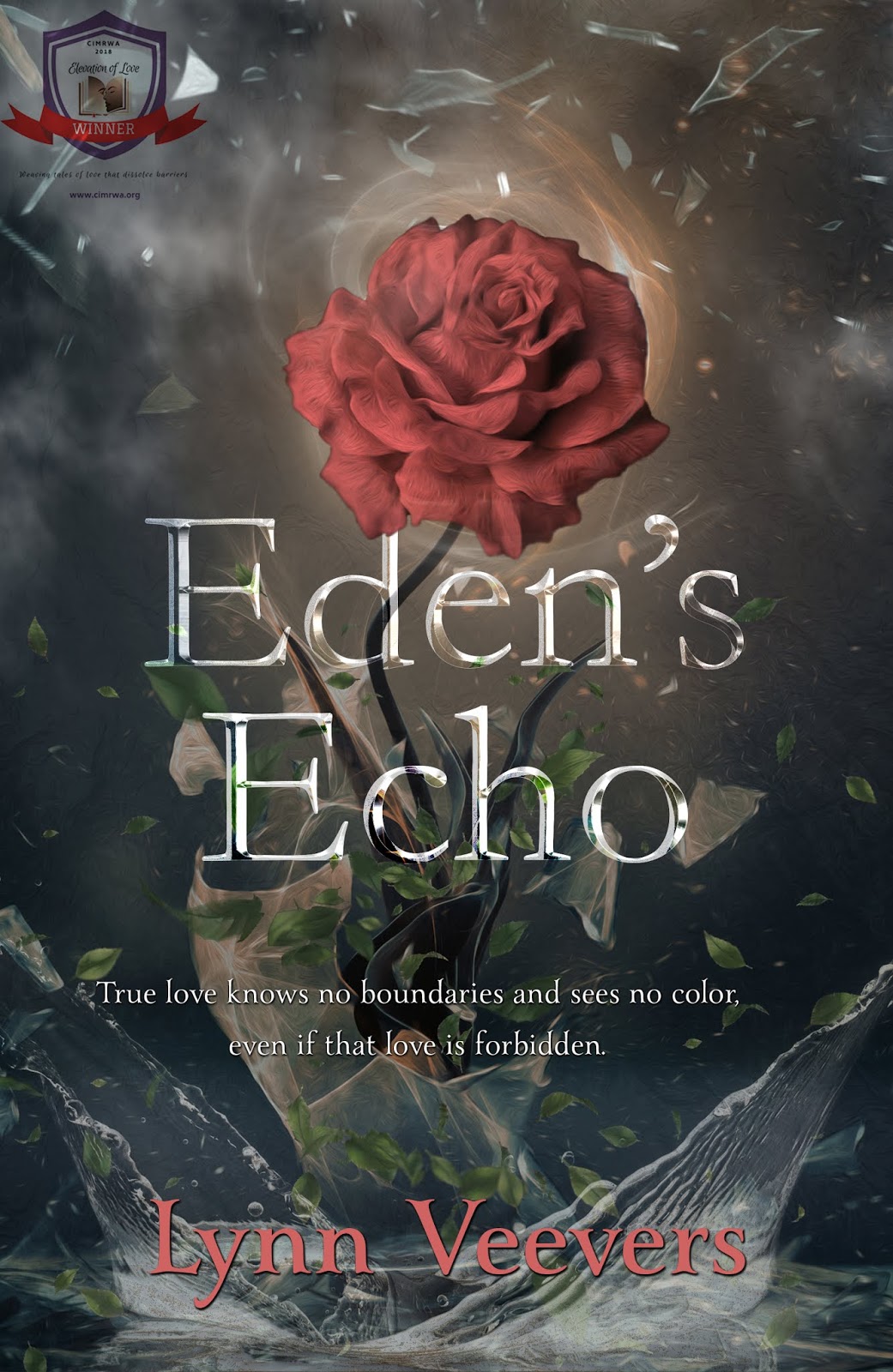 True love knows no boundaries, it sees no color, even if that love is forbidden.

Believing that got Eden’s mom, Echo killed at the age of sixteen, and the identity of Eden’s father was one of many secrets she took to the grave. Instead of moving on, Echo’s soul moved in. With her mother’s presence in her body, Eden can feel Echo’s emotions and hear her thoughts. When Eden tells, pseudo father, Uncle Daryl, about the voice in her head, it takes her down a road that leads to a diagnosis of multiple personalities. Now at seventeen, Eden has a secret love affair of her own with Drew. If Uncle Daryl ever found out the consequences would rip them apart, but that’s the least of Eden’s problems. As new clues surface surrounding her father’s identity, Eden finds herself on a dangerous path that could answer her paternity questions and the mysteries of her mother’s death, but at what cost? Eden can feel the weight of the secrets Echo keeps from her—secrets that have Echo’s killer returning after seventeen years with a mind to make history repeat itself.

The lie I’d been living had finally caught up with me. As I hunched against the concrete wall under the bleachers, mud seeping through the hem of my jeans, a quote I’d read at least a thousand times skipped through my head, “And the truth shall set you free!” The only problem was, telling the truth at that moment would likely have made things worse—not better, and right then, I needed better.

The foul scent of cheap alcohol and the pungent odor of weed enveloped him as he staggered past the girls in his company to tower over my shaking form. They all laughed and mistook my trembles for fear, but I was shaking because it was mid-October and eleven o’clock on a Friday night. I was freezing, and the homecoming game had just ended in defeat for the second year in a row. Jennifer, my best friend, had just gone to get us some hot chocolate when Aiden and his feminine entourage took the window of opportunity to corner me. Bending down until he was inches from my face, he swayed and peered at me through cold, calculating, blood-shot eyes. Every other time he’d cornered me, it had simply been an annoyance, but this time something different—something darker, lurked in his eyes.

“Rumor has it that your freak factor just went through the roof. The word around school is that you have more than one person living in that head of yours, Garrows.”

Well now, isn’t he just a piece of work. He has no idea just how close to home he’s hitting, does he? The sassy sixteen-year-old voice in my head and the emotions being carried through my body because of it were not my own, and yet, I couldn’t agree with her more.

Aiden waited for a beat, and when I didn’t speak but instead stared at the mud I was standing in, he continued. “So, the rumors are true, you do belong in a nut-house. You do have different personalities, so who am I talking to now, or are y’all sharing the same name.”

“It’s called multiple personalities, Aiden,” Clarissa chimed in from behind him with an air of supremacy accompanied by a judgmental tone.”

Slowly, my gaze turned toward the grating cadence of Clarissa’s voice. I pinned a resentful glare to my Volleyball teammate because I knew she was more than likely the driving force behind what was about to happen to me. It was bad enough living in a small southern town that was predominately white when I wasn’t. What made it worse was the only other mixed girl my age, in the entire school, had an annoying habit of going out of her way to make my life a living hell.

“Are we done here, Aiden,” I said, facing him again, “because honestly, I have better things to do than sit here and listen to your arrogant, stupid…”

I was practically spitting the words in his face, when he shut me up by shoving me—hard, against the cold, damp wall of concrete. My head smacked into the wall, air whooshed from my lungs, and I couldn’t catch my breath as he lifted me off the ground by my neck. Panic ceased my throat as the trembles from the cold morphed into fear, racked tremors. Black spots drifted into my peripheral as my vision fragmented under the pain blooming at the back of my head.

“Aiden put her down!” one of the girls shrieked, “You’re killing her!”

He didn’t listen but instead slammed me against the wall again and again as the smell of whatever he’d been drinking, and blood flooded my senses. I dimly registered that the coppery scent was likely my blood.

Echo screamed in my head as if her demanding that I take action could somehow make me do just that. I clawed at the hands around my throat, trying to break his grasp. As the breath I struggled to take was being pinched off, I started flailing my legs around, trying, in vain, to wiggle myself free, but the black spots were getting bigger, and darkness was closing in. I knew if I passed out, I’d be as good as dead. 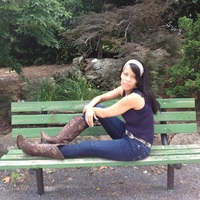 Lynn Veevers is originally from Washington State. An award winning author she is both traditionally and self published. With her mother being from Christchurch, New Zealand and her father being a well-traveled retired Navy Chief, Lynn has always had a fascination with different cultures around the world. An avid reader, she prefers books that take her to a place she's never been and teach her something new at the same time. The Young Adult Genre is her absolute favorite to read, so it comes as no surprise that it is also her favorite to write. Lynn, on average, pens two to three novels a year.

Aside from being an author, Lynn is also an award winning graphic designer, and an editor. You can see this side of her here:
https://www.storiedgraphics.com/

Today Lynn lives with her husband and kids in Southeast Oklahoma. Her young adult and adolescent children are supportive and avid beta readers of her work and give her a straightforward and honest point of view about how authentic her characters voices and personalities are for their age group. What better reference than someone close to the same age as the main character. Her kids always have and always will be her greatest inspiration. 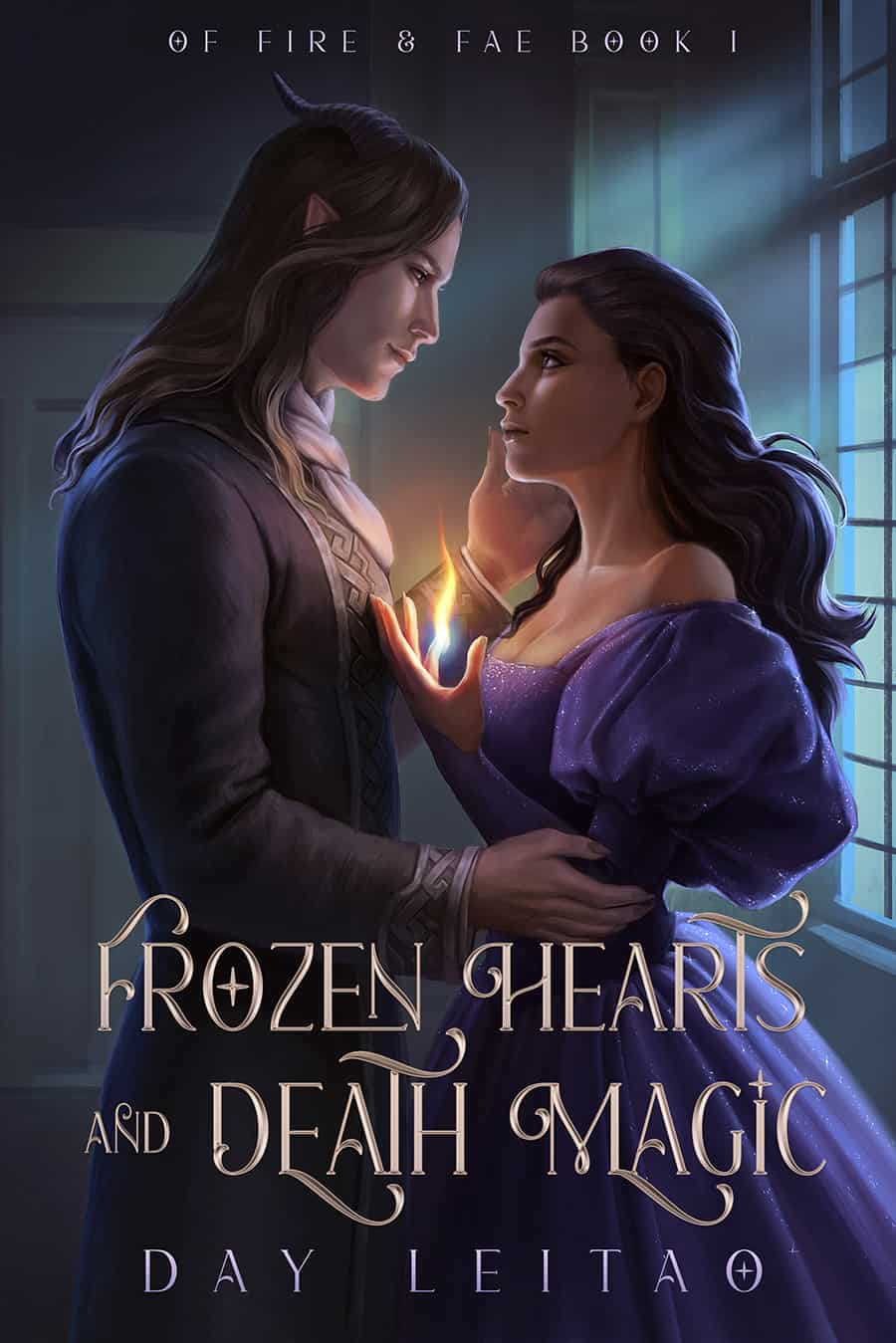