M. K. Adams on what book everyone should read + Child of Destiny tour and giveaway

Today I’m hosting a tour spot for the epic fantasy novel Child of Destiny, by M. K. Adams.
The author stopped by to talk about what book he believes everyone should read. I’ll confess I tried to read the book he’s suggesting once and could only manage two paragraphs. 😂 It’s a famous fantasy book and maybe I’m not such a dedicated fantasy reader…  Can you guess which book it is? Either way, Child of Destiny sounds really cool. Don’t forget to scroll down and enter to win a $20 gift card.

Child of Destiny
The Rising Saga Book 1
by M.K. Adams
Genre: YA Fantasy

A young orphan on the run from the King. A warlock with the power to protect her. And, the fighter holding them together.
The Rive, a realm ruled by the iron grip of a war-hungry King, is on the brink of rebellion and Lyvanne, a young girl who has witnessed a vision of his downfall, is the key to victory, whether she wants to be involved or not.
Forced to leave her loved ones behind, her life becomes a deadly game of cat and mouse. With the King willing to stop at nothing if it means finding the one who threatens his reign. But when a defiant insurgent group known as The Spring takes her into their protection, Lyvanne is offered something she never could have dreamed of before. The chance to fight back, the chance to make a difference.
Embark on a journey of self-discovery and political upheaval as a common street rat takes the first steps of her great journey along the paths of love, magic, and war.
**Only .99 cents!!**

What book every fantasy reader should read

Firstly, I will preface my answer by saying that I’m talking directly to fantasy readers right now as I think they’re the audience I could best understand. If I’m being more specific, I may even be talking just to fantasy authors. But, if you have any interest in fantasy worlds, their creation or lore that is crafted from scratch, then you simply must read “The Silmarillion” by J. R. R. Tolkien.

The Lord of the Rings is rightfully held up as the grandfather of the fantasy genre, but not enough people these days (that I’ve seen) discuss just how ground-breaking the Silmarillion was and still is. Tolkien created an entire language, and off the back of that he developed a history so in-depth and lengthy that it gives our real-world history a run for its money. Authors since have adapted their world-building, focussed more on economies, religions and more intricate aspects that are missing from Tolkien’s world. But none have matched the grandeur and majesty reached in The Silmarillion. Even if you’re a masterful fantasy author in your own right, I strongly believe that there are always lessons to be learned from Tolkien’s work.

Then, from the point of view of your average reader, there are amazing stories to be gleamed out of the Silmarillion. The early ages of Middle Earth, Valinor and Numenor are rammed full of amazing characters, betrayal, war and love.

M.K.Adams is a new author within the fantasy genre. He works in politics by trade but writing is where the heart lies, and he’s been concocting worlds and stories since he was a child. He carried out his degree at the University of Kent, Canterbury, before moving into the private sector in London.
M.K. also has an unhealthy obsession with collecting Funko Pops and can often be found listening to the Lord of the Rings soundtrack when locked away working on his next novel. An avid reader of fantasy and all its sub-genres, M.K. is always on the lookout for the next great story.
Able to find inspiration in the smallest of details he is a firm believer that creating new worlds from scratch is one of the most fulfilling past-times. That belief also led him to the world of Dungeons and Dragons, a hobby that he believes perfectly compliments the creative outpouring of working on a new fantasy novel.
His favourite author is J.R.R.Tolkien, and he found great inspiration when he visited Tolkien’s hometown (and local pub!) in Oxford.
Website * Facebook * Twitter * Bookbub * Amazon * Goodreads

Bookstagram tour for The Cup and the Prince
The Cup and the Prince blog and bookstagram tour with Favourite Pages
Author Jill Criswell on the story behind the cover for Kingdom of Ice and Bone
Empire of War & Wings by Sarah K. L. Wilson blog tour
Cursed Kingdom by Aimee Shaye Blog Tour and Giveaway
08/05/2020 - Category: Book tour/blitz - Tags: Book Tour / Silver Dagger Tours

Thanks for hosting. Give the Silmarillion another go, I promise it’s worth it.

Haha! I will give it a try, for sure, but I’ll try to check Child of Destiny first.

The cover is absolutely beautiful. I like the idea of seeing the entire kingdom in one shot with the castle above it all. The books sounds very interesting. Congrats on your first release.

Thank you for the chance and I’ll be stalking you on all platforms. 😄

I love the cover. 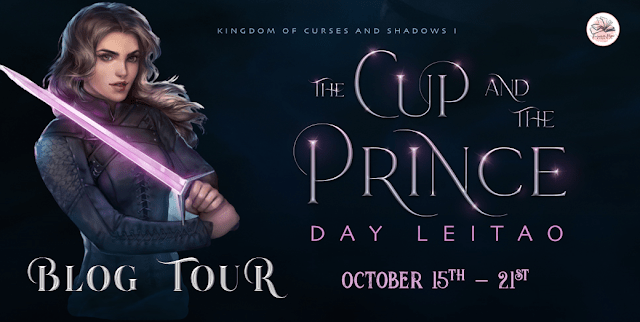 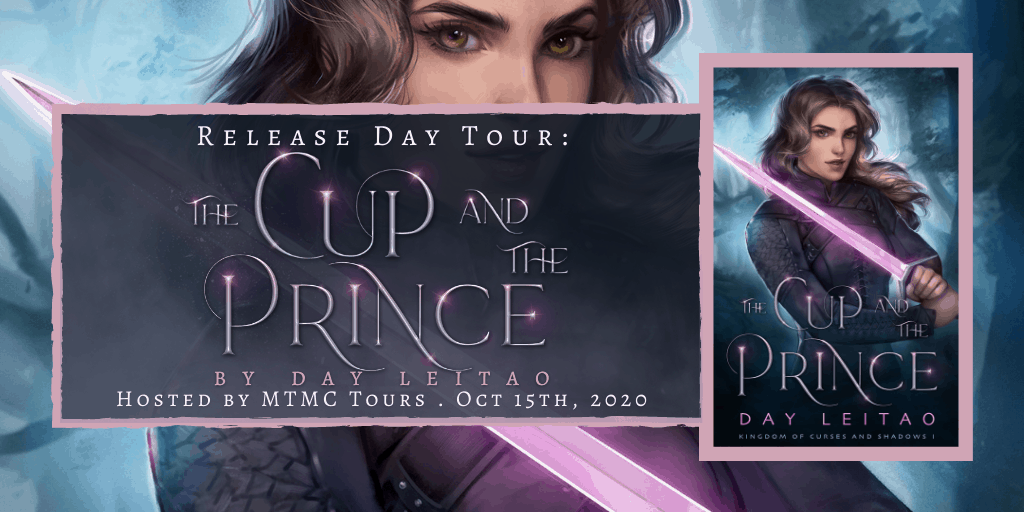