Today I have a stop for the Silver Fae series, by K. B. Anne, a YA fantasy series with fae. The books sound really cool!
Scroll down because there's also a $25 giveaway!

Inspired by the Eastern Band of Cherokee legends, bestselling author KB Anne weaves a stunning, high-stakes tale of alliances and deceptions, characters who aren't what they seem, and secrets that could change everything in the urban fantasy Silver Fae trilogy. 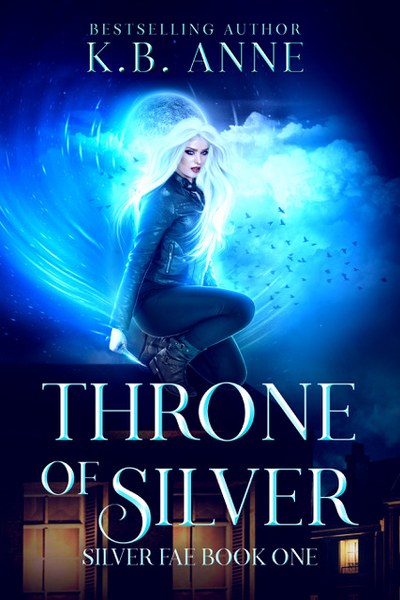 Meet Starr Bishop, the girl next door. Well, if the girl next door can deliver a dropkick to the throat and is possibly supernatural.
A secret organization wants me as an assassin. Me, kill someone? No way. The General also hints that I'm a superior being--whatever the hell that means. But it might explain the strange flickering thing that's been happening to me lately.
And then there's Christian, the goth-loner who casts disdainful glares in my direction like it's his day job. When I go missing, he goes all superhero and finds me. And what's with his eyes changing shape when he doesn't think I'm looking at him?
Now there's this crazy-ass chemistry between us, but I must deny my feelings. Christian is a complication, and my life is complicated enough. If I give in, I could put both of our lives at risk, and I've already lost two friends because of the Organization.
But when Christian goes missing, I follow him into a world of deception, lies, and secret realms. No worries. I've got this. After all, the General wanted me as an assassin. If I can learn to tap into my true nature, I can kick the Organization's ass.
The trouble is, the Organization will stop at nothing to pick up their top recruit. Will I figure out what superior being I am before it's too late?
If you like Linsey Hall, CN Crawford, Chandelle LeVaun, Leia Stone, Michelle Maddow, McKenzie Hunter, and Jaymin Eve, you'll love the highly addictive Silver Fae series.
Goodreads * Amazon

Dive in.
That was the advice the swim team captain gave me when I gingerly dipped my toe in the pool at my first 5:30 a.m. swim practice three years ago. You see, the cold shocks your body into action. Stroke after stroke, you concentrate on your breathing, and the angle of your arms as they reach and pull through the water, and the height and depth of your kick, rather than on the freezing temperatures--at least that's the idea anyway.
Dive in.
I took that advice to heart. Made it my life's mantra, really.
So, when Sami texted me about a summer fellowship at Trevnor University's Leadership Academy, I begged her to pick me up an application. I couldn't think of a better way to spend June, July, and August than adding Summer Fellowship to my Georgetown application. My early acceptance was all but guaranteed.
But the entrance exam was tomorrow, at the tail end of my post-season training for States, and in the midst of planning prom, Spring Fling, and our junior class trip, plus track started Monday.
Dive in.
My mantra sometimes got me in over my head.

Laughter exploded around me as I hurried through the school's front entrance. Over by the water fountain, four seniors played Hacky Sack while an audience of giggly underclassmen watched, making noises accentuated with rounded oohs and angled aahs. They all probably went to last night's basketball game too--the lucky bastards. While I discussed table linens and canapés with hotel managers, they got to watch the Webster Titans trounce the Bay Cardinals, 90-40.
Sometimes I hated these classmates of mine.
I mean really hated them.
None of them had two hours of swim practice this morning. None of them had two meetings during school, another meeting after school, followed by two more hours of swim practice. None of them had a To Do list so complicated and involved, even I knew it wouldn't be completed until after graduation.
Sometimes I wondered what it would be like not to worry about tomorrow, or next week, or next year. To live in the moment and just be.
A long stream of water hit me square on the nose.
Or not...
Shocked gasps ping-ponged through the ten-foot wide, locker-lined hallway, followed by an awkward, collective silence.
My body flickered--it had been doing that a lot lately especially when I got mad or annoyed about something. It felt like ocean waves slamming against my chest, and no matter how strong a swimmer I was, sometimes the big ones knocked me on my ass even when I was only knee deep.
I took a few deep breaths to calm myself. Thankfully, the flickering stopped. I was never standing in front of a mirror when it happened so I didn't know if the flickering was something other people saw or it was just in my head--which concerned me on a number of levels, but I couldn't worry about any of that right now. Someone needed to be punished for their crime.
I tracked the gaze of the surprised onlookers. My assailant, an underclassman with an unsteady grip on a green squirt gun, shook in his red Nike sneakers. I wiped my face and flicked the water in his direction. The droplets soared through the air and landed on his flushed, round cheeks. To his credit, he took it like a man, but unfortunately for him, he became the target of the dark, foul mood that descended upon me the moment I stepped into school.
"Don't you have a place you need to be?"
"Y...yes, sssorry Starrrr," he said, adding an overflowing consonant stream in the already crowded hallway. I narrowed my eyes. He tossed the squirt gun into the garbage can and sprinted away, red Nikes and all. When the plastic toy landed at the bottom of the can, it was as if someone hit play and all the students returned to their regularly non-scheduled lives.
Yep, today, I definitely hated them.
I stomped through the crowds, throwing the occasional elbow and the well-directed shove, because evidently, I was still the only one who needed to be somewhere.
Frank's buzzed head towered over the sea of students. I caught a glimpse of tight red ringlets by his side and understood why he didn't wait for me after practice.
He glanced down the crowded hall. A broad smile crossed his face the moment he saw me. One icy vein thawed. "Hey Starr," he said, then winked at the redhead. "I'll see you later."
"Bye Frankie," she replied, smiling like she just won the boyfriend sweepstakes. Frank was the total package--tall, dark, handsome with the brains and personality to match, but he wouldn't date Little Red long enough for her to find out. He went through girls faster than he swam the fifty, and he held the school record in that.
I frowned at him. "Frankie?"
He shrugged.
I spun my combination into my locker. "She already has a nickname for you?"
He smirked.
I tried my combo again, but my locker refused to cooperate. It was like it wanted to add further insult to injury.
At least in this case, I could cause bodily harm to it without being frowned upon. I kicked the base of the locker since my foul mood hadn't completely lifted and kicking metal seemed like a productive means to releasing frustration. Plus I didn't know what was up with the whole body flickering thing. I wasn't even sure if I wanted to mention it to my best friend.
Frank rested his hands on my shoulders and guided me to the side. He hit the locker just below the locking mechanism, and it popped open. He smiled as he rested against the locker next to mine. "When you got it, you got it."
I rolled my eyes.
"You know, I'm considered quite a prince to every girl in this school but..." He zeroed in a finger on my nose.
I swatted it away. "I know how charming you can be. The entire female population of Roger G. Webster High knows how charming you can be."
He closed the distance between us. "I can't help it if girls find me irresistible, but my dating days would come to an end if you went out with me."
Most girls would love the attention Frank gave me. Most girls would grow red-faced and faint if they heard half the come-ons he practiced on me. Most girls haven't been best friends with him since he was a short, obnoxious, hormone-ridden, scrawny seventh grader who wore ratty yellow Sponge Bob t-shirts and couldn't get a date to save his life.
I shoved him into class. "Get a grip." 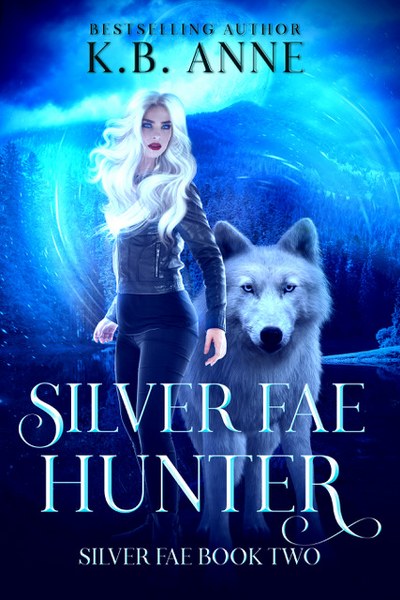 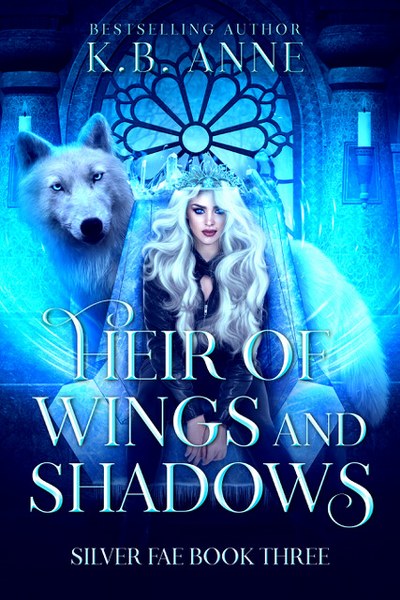 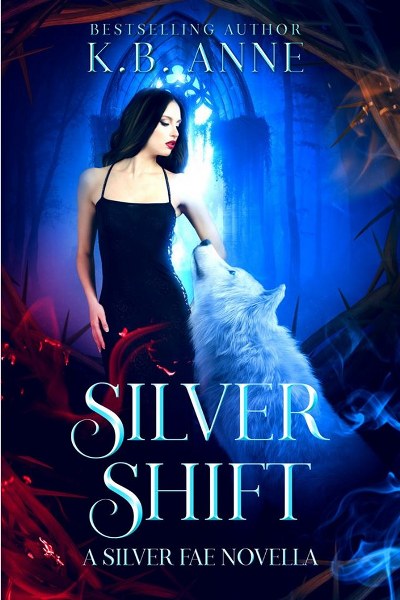 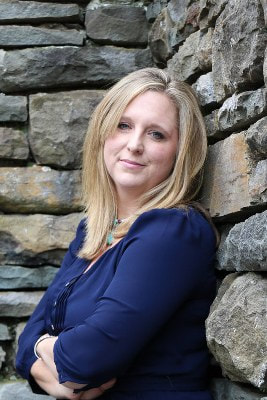 KB once smashed into a tree while skiing. The accident led to a concussion, a cracked sternum, temporary notoriety as a sixth grader returned from the dead, and the realization that fictionalized accounts are way more interesting than just slipping on the ice.
Website * Facebook * ReadersGroup * Twitter * Instagram * Amazon * Goodreads

Thank you! Do you have any questions for me! I'd love to answer them, and did I mention Silver Fae Hunter is still only $.99

Aren't the covers GORGEOUS?? Taurus Colosseum is AMAZEBALLS! Thanks so much for commenting! Hi friend! nSilver Fae Hunter is still only $.99! Gotta grab yours today! Thanks again!

The covers are beautiful! I love blue!

Thank you! I love blue too and totally fell in love with these beauties! Thanks so much for commenting! Hi friend! nSilver Fae Hunter is still only $.99! Gotta grab yours today! Thanks again!

The theme of the story is actually pretty great. Thank you for the giveaway chance.

Thank you!! I'd like to think so. Have you read them?

The romance part isn't really my thing, but the rest of the book, with the Organization seems pretty neat. Thanks for bringing it to our attention.

I'm a sucker for some romance;) although most of the time there is action and adventure!

The covers are beautiful. The color makes them really attractive.

Aren't the covers GORGEOUS?? Thanks so much for commenting! Hi friend! nSilver Fae Hunter is still only $.99! Gotta grab yours today! Thanks again!

Hi friend! Thanks so much for hosting me! I'm loving being a part of this tour! Did I mention Silver Fae Hunter is still only $.99? Gotta grab yours today! Thanks again!

Yes, you did mention it's 0.99c. : ) Thanks for coming by and commenting! The series sounds pretty cool!