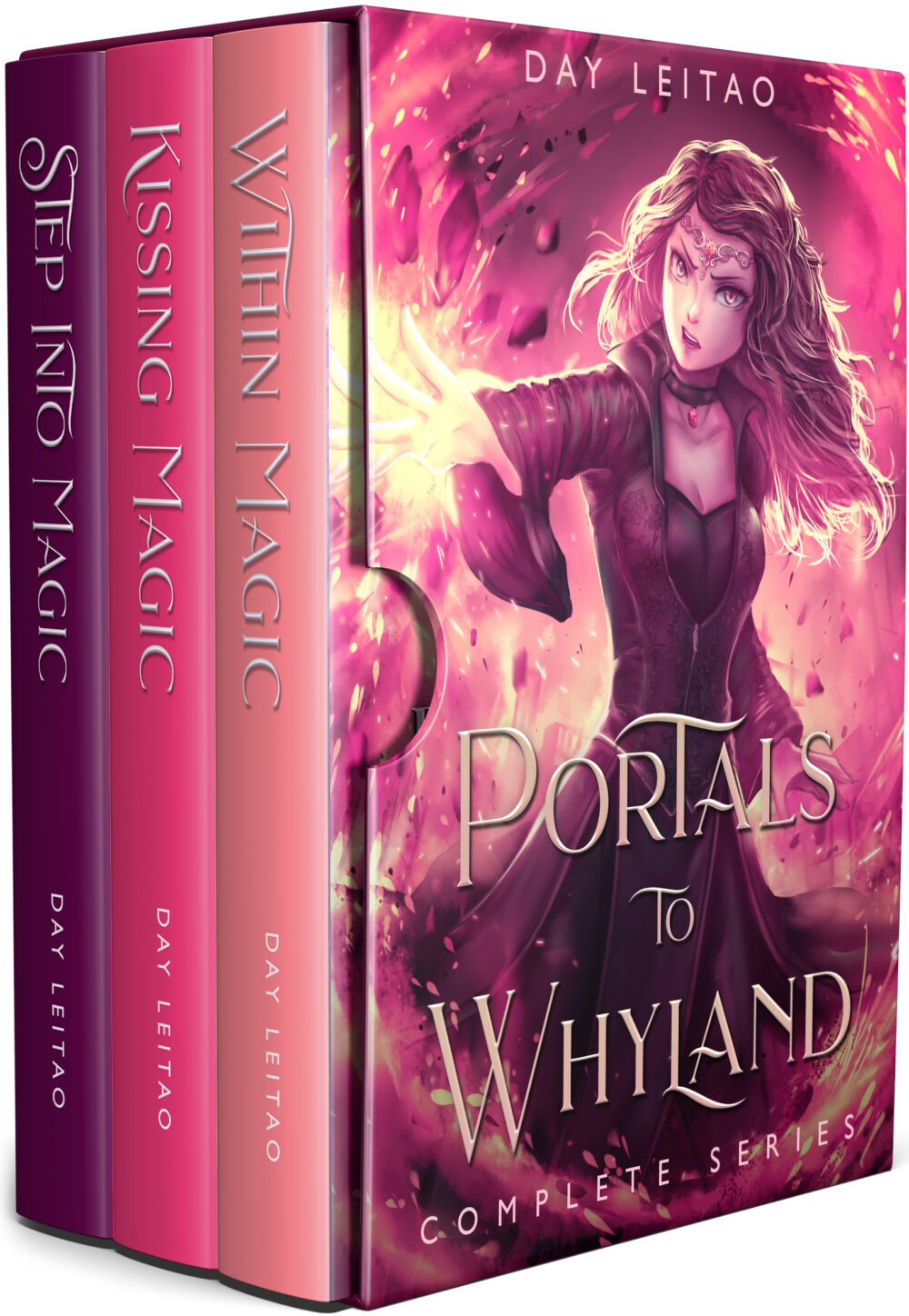 " I love how this series just got better and better." Levicorpvs Blog

"The whole saga are totally recommended for spending a pleasant time, in a world surrounded by magic and wonderful characters." A Window to My Soul

"That was EPIC and AMAZING! There were some "OMG"moments but other that, Within Magic was the best ending for the series." Michaela on Goodreads

From magic shoes to magic kisses.

Never accept invitations to other worlds from strangers. When Karina realizes that, she's already in Whyland, a kingdom in another dimension, running for her life, with no idea who to trust.

She came to help a princess defeat a witch, but when both rebels and the king are after them, Karina's only way out might be by using the magic in her power, which she barely understands. To make matters worse, the princess' boyfriend, almost-boyfriend, or whatever, has dubious alliances, and it might be their doom.

Then there's the mysterious Sian, who's intent on conquering the kingdom. He's greedy, cunning, and selfish--and fascinating. And that's the part that complicates it all.

Alternate dimensions, mysterious magic, strange castles, complicated romances, friendships between girls, first kisses, and teen angst. You can find all that and more in Portals to Whyland, a YA portal fantasy series for readers 13 and older.

This collection contains the following books:

Special, scary shoes become Karina's ticket to Whyland, a kingdom in another dimension, where she agrees to help princess Cayla defeat a witch. But what should be a simple quest gets complicated after a tumultuous meeting between the princess and the guy she loves. To make matters worse, the girls are betrayed and face unforeseen enemies. With no idea who to trust, Karina has to figure out magic she doesn't understand and find a way to save herself, her friends, and even the kingdom.

Kissing Magic (You can start with this book, too)

Greedy, cunning, and selfish, Sian is not someone to be trusted. Still, when Karina is called to Whyland to break his spell with a kiss, she accepts. But when dark magic creatures from a mysterious castle chase her, she'll have to turn to him for answers and protection. Sian, the guy who says he's no hero. What could go wrong?

Troubled by nightmares and trying to reach her beloved, Karina opens a new portal, but ends up trapped and helpless in a sinister ethereal city, where even her mind is not safe. How will she find her way out?

The Spell Speakers - prequel novella with background info on characters

Step into Magic - first novel when Karina comes to Whyland.

Kissing Magic - more adventures in Whyland. Can be read on its own or after Step into Magic.

Within Magic - Sequel to Kissing Magic.