Diversity is not what you think

I was thinking about “diversity” and “own voices”, and wondering if people who want “own voices” are interested in authenticity or only in confirming their own biases and prejudices, so I decided to write about that. And perhaps I’m rambling.

Many years ago, my mother opened a Brazilian cafe/patisserie in Montreal. I had the opportunity to make some desserts that I used to eat as a child and that I had never seen anyone making in Canada. My mother also made some Brazilian specialties. Oh, it was so tasty! Many people liked it. But one thing that was interesting was that some new clients, who entered the shop attracted by the idea of “Brazilian” food, thought that it wasn’t “Brazilian” enough. Some of these clients were expecting some kind of “exotic” food, or even other South American specialties, such as empanadas, unaware that they are not Brazilian. 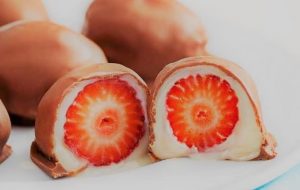 Yep, this is common in South Brazil.

Some years later, my sister was doing research on indigenous populations in Canada. She noticed that the people she was working with often made stereotypical first-nation items to sell for tourists, rather than things that were authentic to their culture. Tourists had certain expectations of what “authentic items” should be like, and they fulfilled the demand by making dreamcatchers and other stereotypical artifacts.

These experiences stuck with me. As a writer, I am aware of the fact that I was born and raised in Brazil, and yet write in English, which is a wonderful opportunity to produce something different and unique. And yet, what is different? It has happened to me that I got reviews underwhelmed that my writing didn’t sound “Brazilian” enough. And yet, what does it mean to be Brazilian? It is a huge country, with immigrants from almost all parts of the globe, with different climates. There isn’t one type of Brazilian person or Brazilian culture, and I doubt there is a single person who can understand and condense what it means to be Brazilian. And yet, I find that people from other countries sometimes look for that one simplification that would allow them to identify the “other”. It doesn’t exist.

When you don’t know a culture, it makes sense that you’d know just a few stereotypical assumptions or just some surface data. It’s normal. But at the same time, I think it’s good to understand that there’s a lot more to unpack than some simple label.

And this brings me to writing and “own voices”. I think it’s wonderful that publishers are looking for members of minorities writing about their own stories. Hey, at least it’s someone who can tell these stories from experience. At the same time, no two people from the same culture have the exact same experience. A member of a certain ethnicity or nationality will bring up more authenticity, but they don’t represent the totality of what their minority is, and they shouldn’t represent it. It’s one story. One point of view.

Another issue with the idea of “own voices” is a certain assumption of “otherness” and I find that if it’s otherness that they are looking for, stories with “exotic” components will be privileged. And while there’s nothing wrong with “exotic” stories, maybe we have more in common than we think, and perhaps “normal” stories should also be privileged.

More than that, I find that if you, as a reader, or editor, already have expectations about what a “own voices” story should be like, and if it’s from a culture that’s different from your own, it means that these expectations are already colored by some preconceptions and assumptions and maybe even stereotypes.

I think the joy in discovering art from different cultures is in finding new things that you didn’t expect. And that’s why I’m saying that diversity is not what you think it is; it should be something different. If you already know what it is, then it’s not diversity.

And the mundane, common, also has its place in diverse stories. A couple years ago I was an ESL teacher, and I had many students from Syria and Iran. One of their assignments had them talk about a vacation, so I heard many stories about travelling with friends and families for weekends on the beach. And it was so familiar. I was taken back to my childhood in Brazil, my mother taking me to the beach. Completely different cultures. Some experience. And there’s a value in that as well. Sometimes they mentioned places in Syria by the Mediterranea sea, and I Googled these cities and sometimes found places destroyed by war. And the pain was so much greater than hearing about a distant, strange place. It was as if I saw the lovely refuges of my childhood destroyed. In our shared humanity and experience, I found something far deeper than what I would have found in a story about the war.

A few years ago, when I was studying literature, I took a class about South Asian Diaspora writers. I was excited to get to know a bit about South Asian literature. I’m fronm Brazil and we have immigrants from many places in the world, but South Asia is an exception. So I thought that South Asian literature would be a good way to get to know more about that. It turned out that, to my dismay, all books were tragic, and there was rape, rape, rape, incest, domestic abuse, and some more rape. Those were praised literary fiction books. OK, I understand that a book from someone from a certain culture doesn’t represent that culture. I also know that writing about negative experiences can be good, cathartic, and symbolic.

My issue is with the white, North American critics and professors who only cherry pick books portraying a culture and ethnicity in the worst possible light to represent writers from a certain ethnicity. My issue is with the prize organizers who want to hear about horrible experiences and how terrible it is to belong to a minority. I remember that these books and that class bothered me to the point that I felt nauseous before going to class, and even more nauseous after hearing the discussions. Even now, when I remember it, I almost want to vomit.

Eventually I decided to drop the class, but I was afraid I would lose the loans and bursaries if I became a part-time student. When I went to the loans office and learned that I could drop the class without penalties, I came out of it crying in relief. Even now, when I recall that moment, I almost burst into tears. Seeing white people enjoying and praising only books with horrible portrayals of a minority was deeply upsetting. It was a horrible experience that I don’t want to repeat and I’m very wary of “literary” fiction by minorities. Nothing against tragic stories, but again, against the way only these stories get a spotlight.

I really think that there is racism in the choice of “minority” books to be praised and promoted, in the sense that most of them present white western culture as superior. I want to say to all of those people, including well-meaning white “minority” literature specialists; F*#ck you. Yeah, that also includes my previous professor, who shall not be named, and who thinks she’s soooooo open minded talking about the writers from that poor, sad, “inferior” ethnicity. F*#ck you, lady. F*#ck you and your racist point of view.

That's not a European forest.

Fair enough, I went off topic. Or maybe not. What exactly do people look for in “own voices”? Is it hearing stories from people from different cultures, sexual orientations, or with disabilities? Is it about hearing what these people have to say or the unique way they write their stories? Or about hearing these people telling the stories you expect? I think there’s a difference.

On a final note, my first published novel takes place in another dimension, but it has a warm climate. I imagined it with a semi-tropical forest. When it was time to do the illustration for the cover, I got the wonderful Xilveroxas. To my happy surprise, the trees she drew were tropical, with dark green leaves. I think that is because she’s from Indonesia. And I think those are little things you can get from people from other cultures: leaves in a different color. And you can say, “well, but that doesn’t matter”. And that’s the thing, how can we know in advance what should and what shouldn’t matter? I think people from different countries have different flavors, colors, ways to see and experience the world, in small and big ways, and if we’re only looking at the big picture, we might miss subtleties.

And that relates to me as a writer. I grew up watching American movies, sure, but I also read Brazilian books and watched Brazilian television. There must be things I do differently or ways I think differently. But I don’t think they are necessarily obvious or expected. I find that diversity can manifest itself in subtle ways.

Once I considered writing a fantasy series using African-Brazilian mythology. By the way, I think it’s a rad idea. I might one day write it. I might not. But it wouldn’t be an expression of who I am, it wouldn’t even be a true “own voices” book, since I didn’t really grow up with that.

I grew up with very cold winters, in a city with mostly Polish, German, Ukranian, Italian, Lebanese and Japanese immigrants, and I don’t think I can express who I am in a way that’s performative and immediately identifiable to someone from another culture. So I think I’ll just keep writing what comes to mind. And there might be different things there. Some of it might just be me. Some of it might be my background. I don’t think it has to fit expectations. And I don’t think we should have expectations about diversity and “own voices”. Let people tell their stories in their own ways, not the ways we think they should tell and not the ways we expect them to tell.

If you already know what diversity is, then it’s not that diverse.